The Unveiling of the Plaque at Schilling’s Birthplace 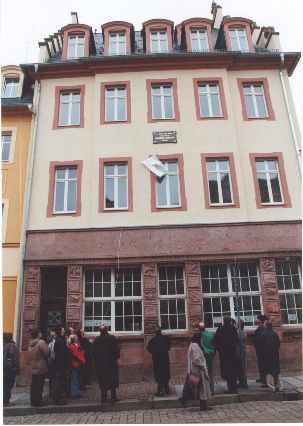 March 23rd 2001, the 91st anniversary of their famous honorary citizen, the sculptor Johannes Schilling, was a happy day in Mittweida, the county town in Saxony. At noon the chairman of the Schilling Association, Helmuth Baron von Schilling, pulled the string to unveil the recently restored plaque at Schilling’s birthplace.

In his speech Bruno Kny, mayor at the time, acknowledged the artist’s merits, mentioning the fact that he had always been faithful to his native town though he had only spent two years of his life there.

On the occasion of a family reunion in Mittweida on 4 June 2005, the Johannes Schilling Museum was first opened to the public. See pictures in that year’s Schilling-Courier. 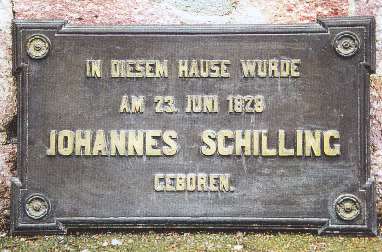 Plaque in memory of Johannes Schilling, at his birthplace in Mittweida.